Previous articleBest Co-Parenting Apps (that I personally use): Be A Better Father Challenge – Day 7

Disclaimer: I was sent three free pair of Hankies underwear in exchange for my honest review. So, here it is.

A couple of weeks ago, I received an email from a gentleman who claimed to own an underwear company. Who knew? There is actually a privately owned underwear companies? Apparently, yes!

The underwear company in question is referred to as Hankies, and they are based in Nashville, TN. Hankies are underwear for guys who don’t like gross underwear. Yeah, I qualify.

Hankies is a subscription-based service that provides quality underwear delivered directly to your door every few months. The cost is pretty cheap, at $22 for three pairs of Hankies.

Honestly, the quality is legit. The first time I put them they felt super comfortable. My favorite feature of my Hankies is the fly-less front. I personally don’t like underwear that have flies, because I feel like they lack the support that I need.

I also like that they aren’t made of cotton. Cotton underwear is so 1990s. Hankies are made from 95% bamboo, making them really lightweight, comfortable, and breathable. They still smell great after a full day of wear.

If you like comfortable underwear and aren’t the type of dude who likes to shop, you should check out a Hankies subscription. Most guys keep their underwear for an average of seven years, even though doctors recommend replacing them every year or two. Don’t be that guy. Go buy new underwear.

Review – Fatherhood Legacy Journal: How To Be A Better Father Challenge – Day 3

Goal: To learn how to become a better father in 30 days. Each day I will implement one new idea, concept, or strategy...
Read more
Reviews

I have been experimenting with different brands of protein supplements since I was a young lad. I even dream about protein sometimes...
Read more
Reviews

Description Patchwork is a two-player game where players compete to create the most high-scoring...
Read more 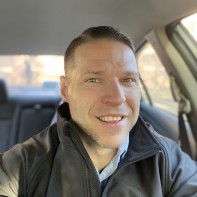